12 Stunning European Landmarks You Need to Visit before You Die

Did you know that 1.4 billion tourists traveled abroad last year? Consider heading to Europe for your next trip.

Are you looking for the most famous landmarks in Europe? Not to worry! In this guide, we’ll go over the famous European monuments.

Want to learn more? Keep reading to find out.

The Colosseum is from the Roman Empire and built in the middle of Rome. It’s the largest amphitheater built in 72 AD.

Fifty thousand people could crowd the five different levels. This structure hosted gladiatorial shows, where people would fight to the death.

This amphitheater is in massive ruins because of stone robbers and earthquakes. It remains one of the top landmarks to visit in Europe. Over six million tourists check out the sit every year. 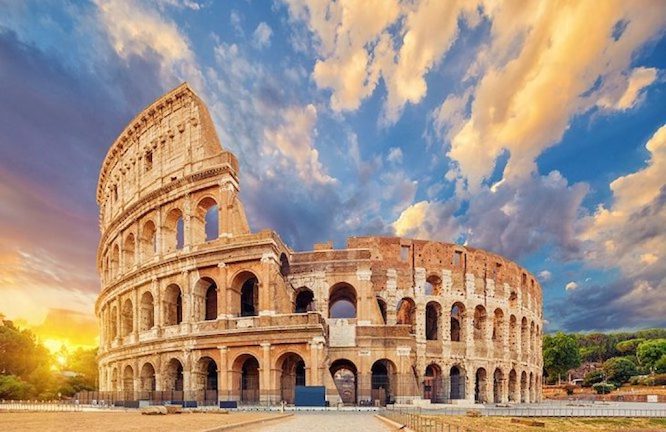 In England, you can visit Stonehenge. It is a popular site that around one million visitors head to every year.

The structure’s made up of massive rocks gathered in a circular pattern. Historians to this day, are still unsure of what the site represents.
Some believe that Stonehenge was once used for burials and rituals. 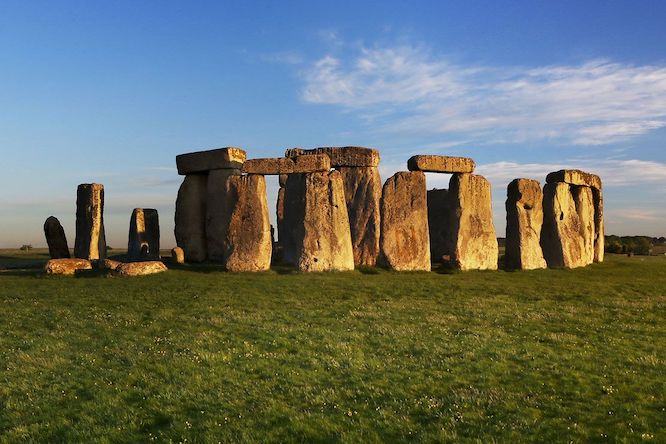 Head to the north side of the River Thames. There, you can see the historic Tower of London. This structure has been a palace, prison, fortress, and a station for the Crown Jewels. Millions of visitors head to this attraction every year.

Try to book a tour with a Yeoman Warder, a ceremonial guardian of the tower. Before the Victorian era, they looked after prisoners at the tower and guarded the jewels. 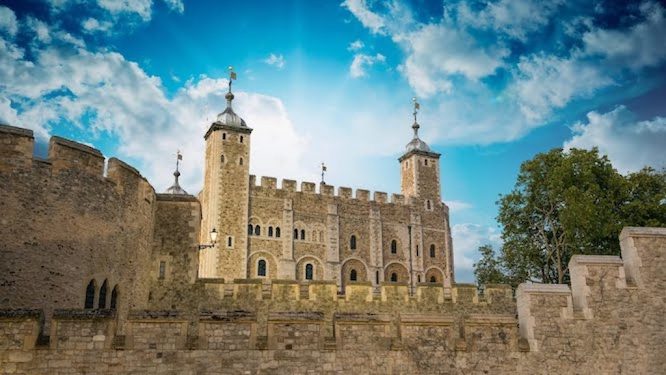 In France, the Eiffel Tower is the most famous cultural structure. In 1889, it was the tallest structure in the world created by man.

The tower is a symbol of the charm and romance of Paris. It is one of the top paid landmarks in Europe because so many people want to visit the tower. Take a few pictures at this iconic sight. After, head out on a Versailles tour. 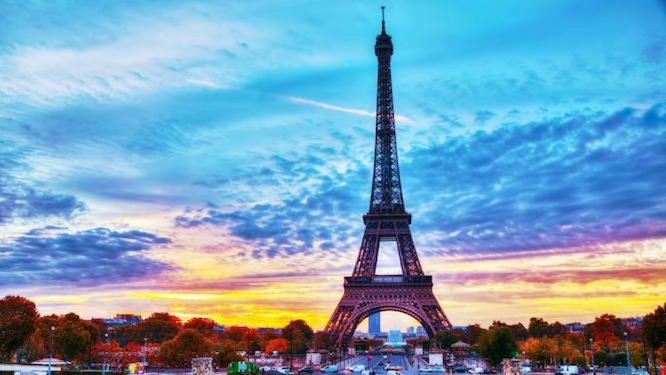 If you’re in Holland, you’ll want to visit the windmills of Kinderdijk. People built the mills in the 17th century to help prevent flooding.

After the 1950s, the windmills became a tourist attraction. Nineteen windmills at this site create an iconic Dutch scene. 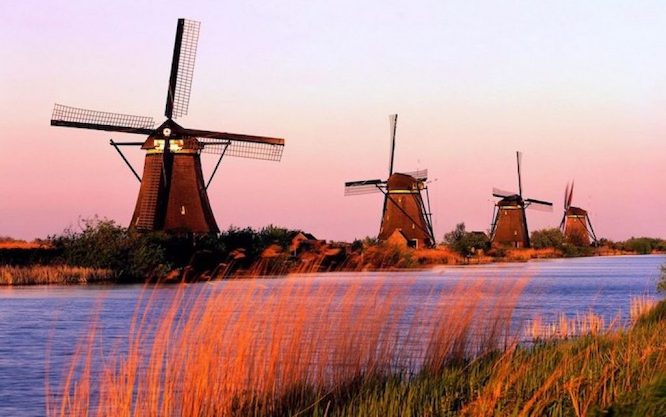 When you head to Greece, don’t miss out on the rich history of the Acropolis of Athens. The remains of ancient structures rest there, including the infamous Parthenon.

The builders created the sanctuaries and buildings from white marble. They all sit above the capital city so you can see it when you arrive. 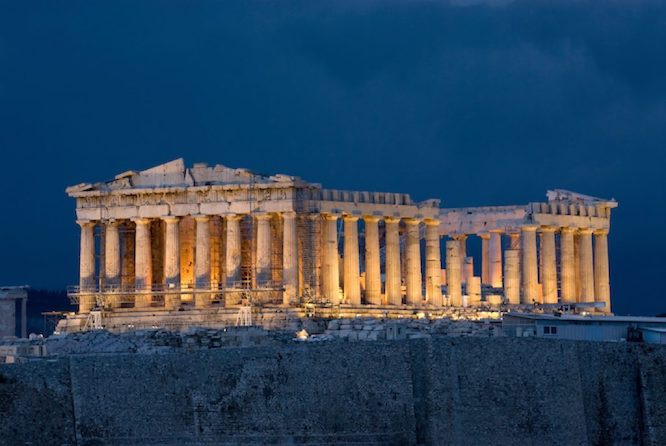 The Hagia Sophia’s translated as “Holy Wisdom.” It’s a top landmark to see in Europe and one of the most important ones found in Istanbul.

It is a domed structure first built as a cathedral. After, it turned into a mosque, but now it is a museum for the city. Tourists head to this landmark because of its historical and religious importance.

Over the years, it has faced fires and earthquakes. Enjoy the beautiful mosaics and amazing dome when you visit. 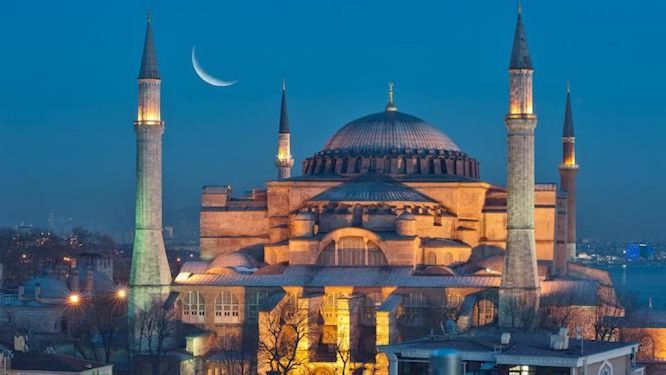 If you’re going to Barcelona, try to check out this destination. Antoni Gaudi worked on this church.

It’s the most massive and incomplete Roman Catholic Church on earth. It has been undergoing construction for 130 years.

This church is a unique expression of Gothic architecture. The inside’s filled with art and stained class. Give yourself a day to explore this beautiful landmark. 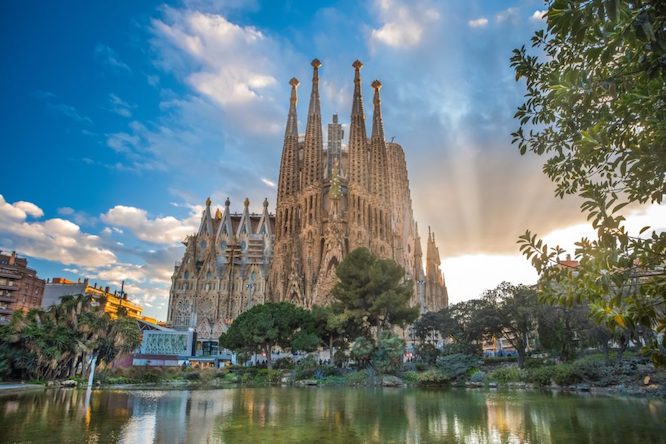 In Moscow, you can visit this church that is the centerpiece of the Red Square. It’s a museum now.

This building’s shape is like a flame rising into the sky. The colors of the domes make it a popular attraction for visitors.

Nine small chapels make up this church. Saint Basil’s has operated as a museum and attraction since 1929. It became part of a UNESCO World Heritage Site in 1990. 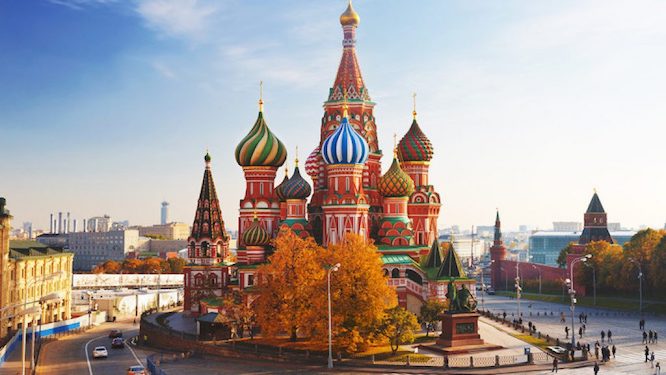 In Bavaria, Germany, you can head to this 19th-century castle. This stunning castle became open to the public in 1886 after the king’s death.

Consider going on a guided tour of the castle. You’ll get to wander through fourteen rooms.

When you visit, don’t miss Marienbrücke. It is a bridge, hanging over a waterfall. There you can see a stunning view of the castle. There is a rumor that the castle in Cinderella drew inspiration from this castle. 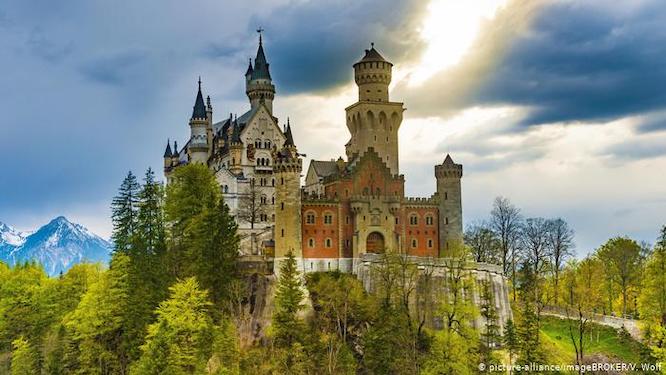 If you head to Budapest, you will get to see this structure because it’s the tallest building in the capital.

It’s a beautiful sight, and it faces the River Danube. Within, you’ll get to see stunning paintings and gorgeous Gothic architecture. 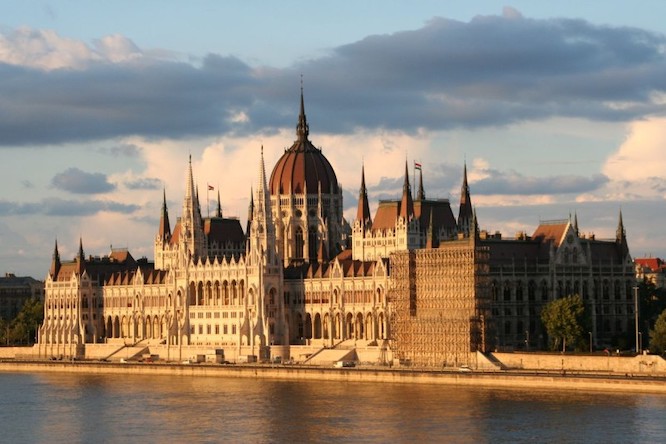 The Great Bell of the clock’s nicknamed Big Ben. You can find Big Ben at the Palace of Westminster in London. It is one of the UK’s favorite tourist attractions.

One of the tower bells weighs 13.5 tonnes. It is the biggest four-faced chiming clock in the world.

Snap a beautiful picture of Big Ben at night. This way, you’ll get to see all four clock faces illuminated. 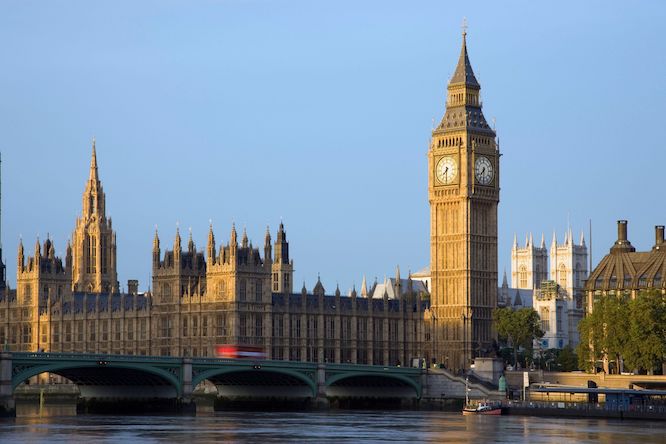 Now You Know Some Famous Landmarks in Europe

We hope you found this guide on Europe helpful. Make a list of the top famous landmarks in Europe you must see on your trip.

Don’t forget to bookmark our site. This way, you won’t miss out on any of our resources.

5 Pro Packing Tips for Moving Out of State

5 of the Most Common Causes of Car Accidents

What to Know Before Planning a Trip to California

Pawp Review – Quality Pet Care for a Fraction of the Cost